Probably every woman in the world experiences hot flashes symptoms during her menopause age. This is a natural change in women’s bodies in their mid-40s and 50s.

Hot flushes can be triggered by changing hormones in the body, lifestyle changes, and diet. They affect almost 75% of menopausal women during their perimenopause stage.

Hot flushes and heavy sweats can also be related to feelings of nausea, dizziness, or a general feeling of being unwell.

This menopause symptom may be felt all over the women’s body but most commonly affect only your face and neck. Flushes make women feel abnormally hot with reddening of the skin.

You can’t avoid it but can control them with some remedies and treatment.

So, before going on how to conquer hot flashes, let’s know something more about this menopause symptom.

Disclaimer: Included some Appropriated Affiliate Links that are useful for you. If you purchase, I get a little Commission to run the Site, at No Extra Cost to You. This way I can share valuable information with you for a lifetime. Read Detailed Disclaimer at the bottom. 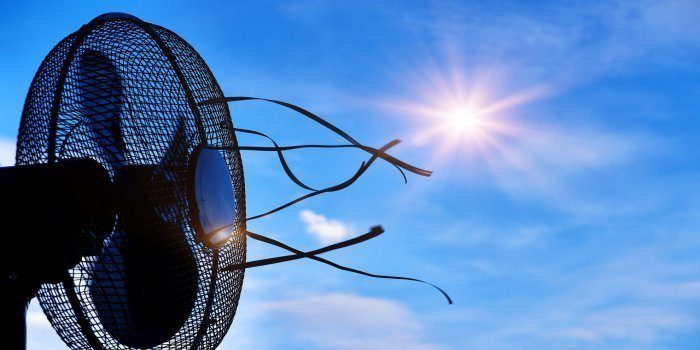 Hot Flashes meaning the sudden feeling of warmth in the upper body.

This hot feeling usually most intense over the face, neck, and chest. Your skin might get redden as if you’re blushing.

The symptom is typically experienced from about 30 seconds to a few minutes. Also, the timing of the hot flashes varies from woman to woman. While not all women will experience the same menopause symptoms.

Excessive perspiration (sweating) can also occur. When hot flashes occur during night sleep they are known as night sweats.

A feeling of anxiety is another menopause symptom that accompanies hot flashes.

They are most commonly caused by changing estrogen levels at any stage of menopause. It is impossible to predict when a woman will experience hot flashes.

Recommended Reading: How Can I Deal Menopause at My Own? 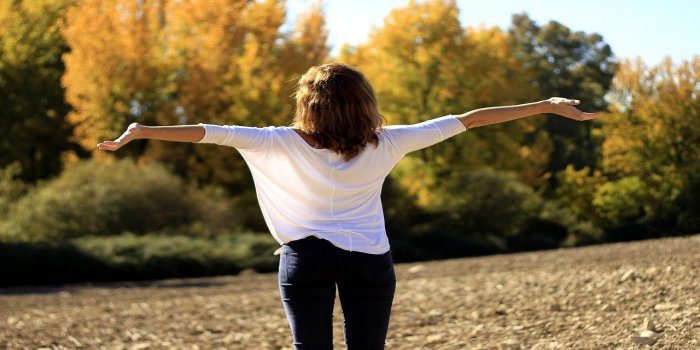 Hot Flashes can be effectively managed with some lifestyle changes. Though all the natural remedies listed here will not apply to you some will definitely help you to control the symptom.

When you feeling hot, it is a good idea to go to a cool place.

You cannot change the weather but can control the room temperature using an air conditioner or fan.

Opening all the windows and doors of your home will also help to decrease the temperature of your place.

If you are used to wearing clothes made from synthetic fabric that will even increase the intensity of hot flashes.

Try to use clothes made from natural fabrics such as cotton. Cotton cloths help the right air circulation to your body.

Also, give attention to the fitting of your clothes. Avoid skin-tight clothes. Loose fitted clothes help proper air circulation and help you get cool.

For quick relief from hot flashes, it is suggested to drink cold water as much as you can.

Get Your Best eBooks on Health, Fitness, Diet, Yoga and Many More – Click Here

Adding nutrient-rich food to your diet fulfills the requirement of vitamins and minerals. That is also good for your overall health.

Avoid spicy food so you will not feel the heat in your stomach. Also, avoid late-night dinner or dining out.

Caffeine consumption is not that much bad you might think. Some of the side effects are linked with excess consumption.

That can increase your anxiety, heartbeat, and sleep disorder. Tea, coffee, soda, and energy drinks contain more caffeine that is harmful in hot flashes.

If can’t avoid caffeine drinks, at least limit the consumption especially at night.

Recommended Reading: How to Manage Vaginal Dryness Without Medication

There are some Herbal Remedies that may help you manage symptoms.

Drinking alcohol at menopause age can adversely affect your body. As getting older your body holds less water.

So, the more you consume alcohol that will not dilute properly. Drinking alcohol can increase the sleep order.

The sleep disturbance may lead you to the severity of many menopause symptoms. A woman who drinks alcohol daily is more prone to hot flashes and night sweats.

One study on women aged 45–54 years shows that women who quit smoking were less likely to suffer from hot flushes, than women who continued to smoke.

The effect of cigarette smoking on hot flushes could be due to the direct effect of nicotine on the hypothalamic nicotinic receptors.

A good healthy weight is important to live a healthy life. It will also help you to lower the intensity and frequency of hot flashes.

It is proven that body-fat tissue acts as a strong heat insulator.

A woman who is heavier has more frequency of symptoms, particularly who is close to menopause.

A diet high in refined carbs and sugar can cause sharp fluctuations in blood sugar levels.

The sudden rise and dip in sugar level make you feel tired and irritable. The processed food diet may also affect your bone health along with hot flashes.

The content in processed foods may increase depression that is associated with menopause.

A well-maintained body has lowered the chances of hot flashes. You are not going to be a bodybuilder doing exercises.

Just do light exercise such as aerobics, running, walking, etc.

Stress, anxiety, and depression are also associated with hot flashes.

By joining yoga class you can effectively control stress, anxiety, and depression.

The yoga poses help you getting relaxed thereby lowering the intensity and frequency of many menopause symptoms.

Just make sure your yoga teacher is well experienced or get help from online yoga material.

Recommended Reading: How to Manage Vaginal Dryness Without Medication

There are some Herbal Remedies that may help you manage symptoms. 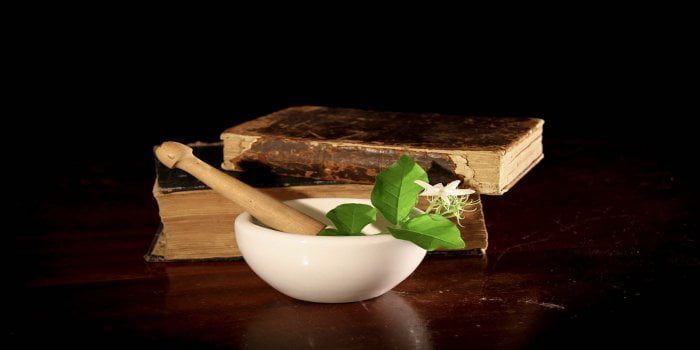 Along with natural remedies you can use the below herbal remedies to reduce this menopause symptom.

This herb has received quite a little bit of scientific attention for its possible effects on hot flashes.

Studies of its effectiveness in lowering symptoms have produced mixed results. However, some women report that it’s helped them.

Recent research suggests that black snakeroot doesn’t act like estrogen, as once thought.

Black cohosh has had an honest safety record over a variety of years. It isn’t recommended for those that are pregnant or breastfeeding or have carcinoma.

Minor side effects reported include stomachache and rash. There are reports of liver failure, which is life-threatening, in individuals using black cohosh.

This botanical herb is also promoted to relieve hot flashes. However, the sole randomized, placebo-controlled study found no benefit over placebo (mock medication).

Reported side effects include inflammation, problems with blood clotting and the immune system, nausea, and diarrhea.

It has been shown to induce seizures in patients diagnosed with schizophrenia who are taking antipsychotic medication.

Evening primrose oil shouldn’t be used with anticoagulants or phenothiazines.

As with black snakeroot, however, some women claim that purple clover has helped them.

Studies report few side effects using red clover but no serious health problems with use.

Dong Quai has been used in Traditional Chinese Medicine to treat gynecologic conditions for more than 1,200 years.

Yet just one randomized clinical study of dong Quai has been conducted to work out its effects on hot flashes, and this botanical therapy wasn’t found to be useful in reducing them.

Some experts on Chinese medicine means that the preparation studied wasn’t an equivalent as they use in practice.

Dong Quai should never be employed by women with fibroids or blood-clotting problems like hemophilia, or by women shooting up that affect clotting like warfarin (Coumadin) as bleeding complications can result.

This herb may decrease anxiety, but there is no evidence that it decreases hot flashes also.

It is also important to note that kava has been associated with liver disease.

The FDA has issued a warning to patients and providers about kava because of its potential to damage the liver.

Of course, as with all therapies, there are some health risks involved.

Keep in mind that herbal supplements aren’t as closely regulated as prescribed drugs.

Herbal therapies can also interact with prescribed drugs, leading to dramatic changes within the effect of the botanical, the drug, or both.

To be safe, tell your healthcare provider about all botanical therapies you are applying.

If natural or herbal therapy doesn’t work for you, go for traditional therapy.

Traditionally, the most effective treatment for hot flashes has been associated with estrogen supplementation.

It’s also known as hormone replacement therapy (HRT). Estrogen may be taken alone or in combination with progesterone under the guidance of qualified doctors.

Which remedy do you like the most? Are you applying any of the remedies listed here? Put your experiences in the comment below. 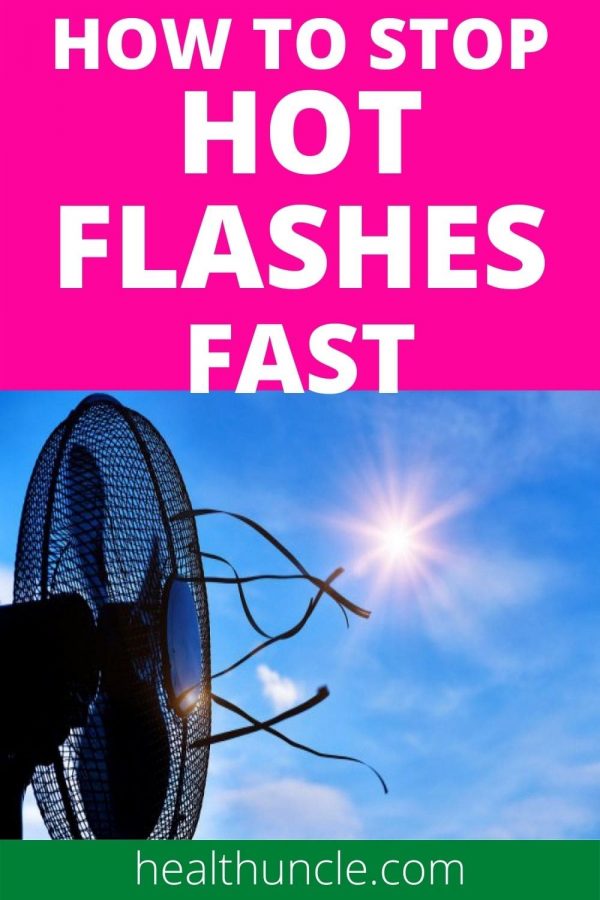 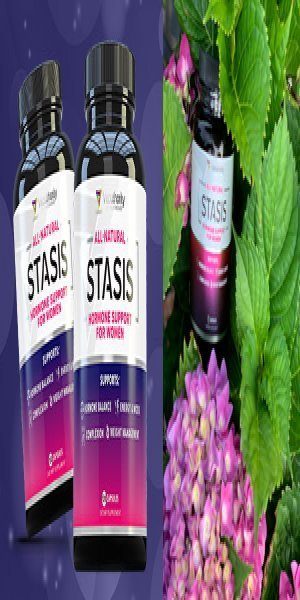 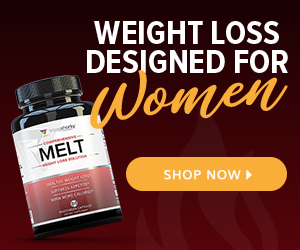 If You Have Any Health Issues with Heart, Diabetes, BP, Hair, Menopause, Weight, Pregnancy, Back Pain, Eyesight, Memory, or Sexual Health, I have created a Best Health Solution List. If You Like to check it Out- Click Here

Skyrocket Your Good Health With These Best Supplements - Select Now

Obesity: How to Avoid Easily To Get Healthy Life

Orgasm: How to Skyrocket in Record Time?

This site uses Akismet to reduce spam. Learn how your comment data is processed.